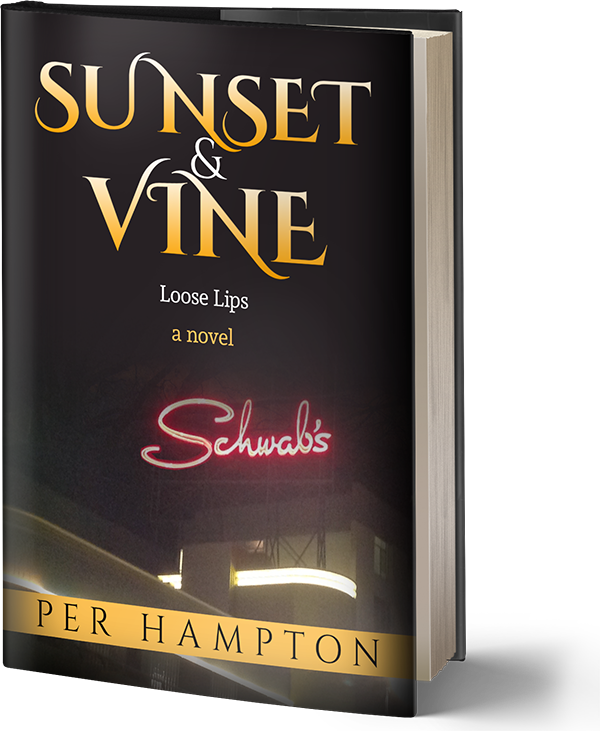 Buy in Print or Ebook 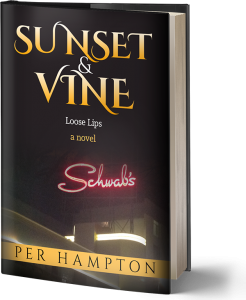 Explosive intrigue is found only in the movies for most of the world, but in Hollywood, it’s real life. Dotty Henderson seemed to be nothing more than a charming waitress at Schwabs, a restaurant at the legendary corner of Sunset & Vine. She never dreamed she’d become the envy of the world, brought about by a stunning revelation that would shock even jaded Hollywood. Dotty had a secret ambition … and it was not to make management. But things took a deadly turn. Hollywood screenwriter, Michael Deeves, joins forces with detective Rocco Goldman and his ex-partner-turned-PI, Elsa Wagoner, in solving the gruesome, cold-blooded murder of their friend and confidant: the beloved waitress, Dotty. Their investigation releases a torrent of fury that reveals Hollywood at its finest. Nothing is as it appears in this town, and Dotty knew that better than anyone. Schwab’s had become the wicked nest of blackmail, lust, and murder that unhinged the lives of Hollywood’s rich and famous. Now rocked by lurid scandal and exposed secrets, the lives of the rich and famous are turned upside down. Destruction stalks them from Hollywood to Monte Carlo. And the face you step on while clawing your way out of an ordinary life may be the last one you see in the end.

“This is a spellbound thriller and page turner. The backdrop of Hollywood further enhances this suspense filled novel. The plot is fluid, the characters quirky and the descriptive adjectives used by this gifted author create vivid imagery. The storyline is not contrived and it is in fact humorous at times despite the genre. I’m anxious to read Per Hampton’s next book which comes out later this year. He’s an amazing storyteller.” 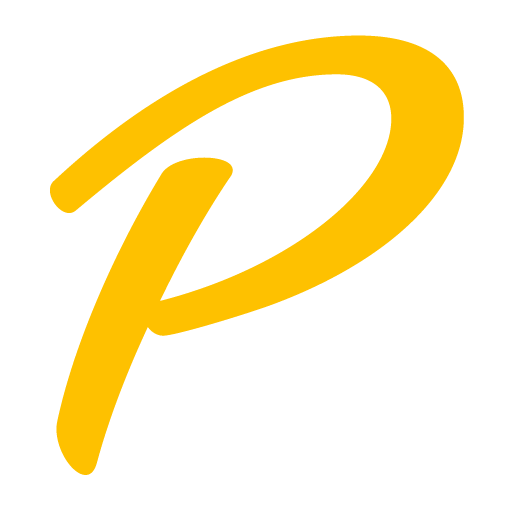